I had so much fun designing the series of projects for my Fiber Arts Camp we had in June. One of my goals was to have each artist complete one very meaningful piece during our time together. And since we were spending a great deal of time on handcrafts made with fibers such as macrame and weaving, I knew I wanted to incorporate a drawing/ painting project. Another one of my goals was to connect each lesson to a famous artist, and for this project I knew it had to be Faith Ringgold! 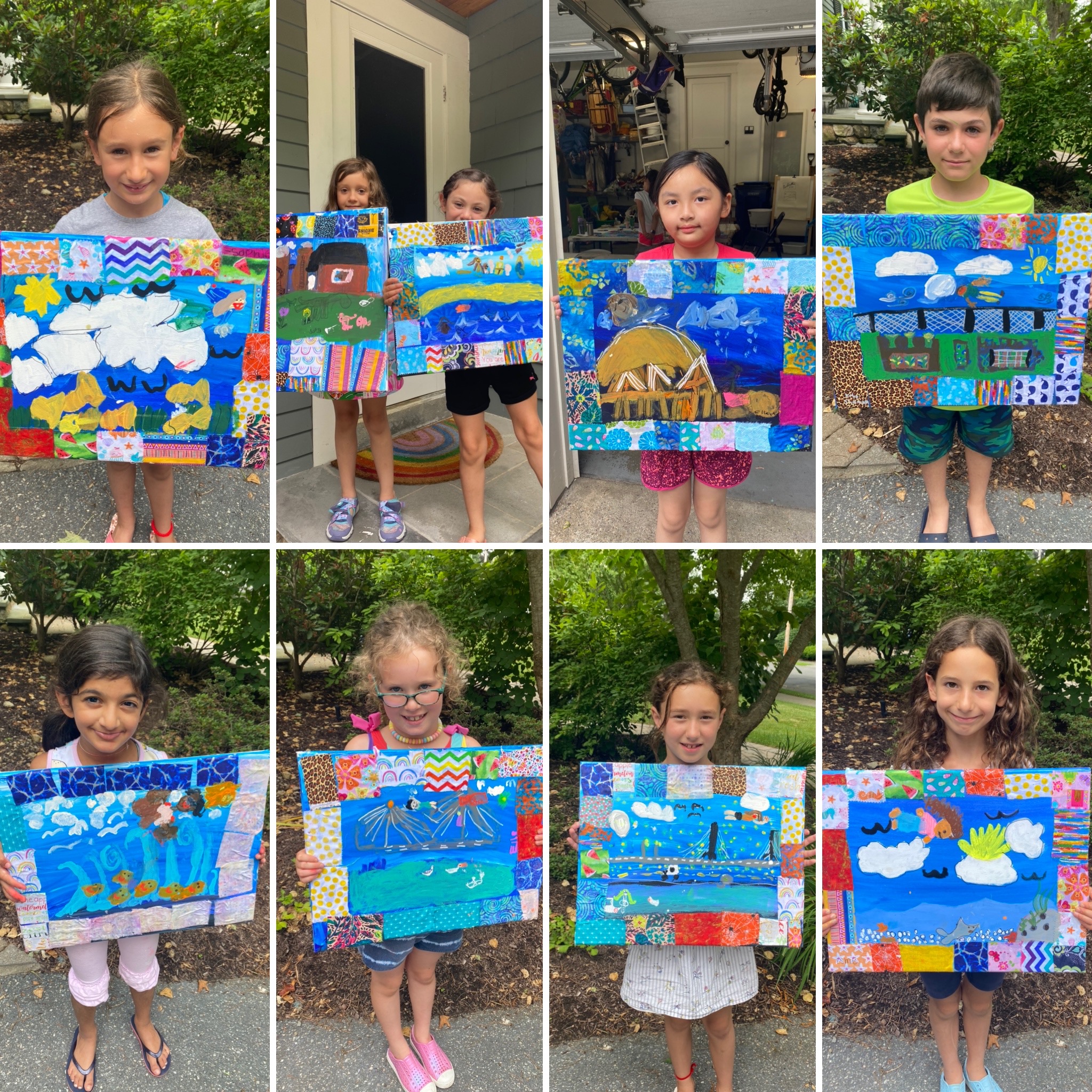 Faith Ringgold is a living artist, and an award-winning author who is renowned for her painted story quilts. Most of her work depicts the experience of a Black female living in America, and shows the repetitive geometric shapes of African-influenced designs that were commonly seen on many Early American quilts. Tar Beach, a story quilt Ringgold made to complete her "Woman on a Bridge" series, now hangs in the Solomon R. Guggenheim Museum in New York City.

Quilt-making is a handcraft that has spanned many centuries and many different cultures. It's an art form that recycles scrap material, incorporates math skills, records history, and encourages community and cooperation within a group. 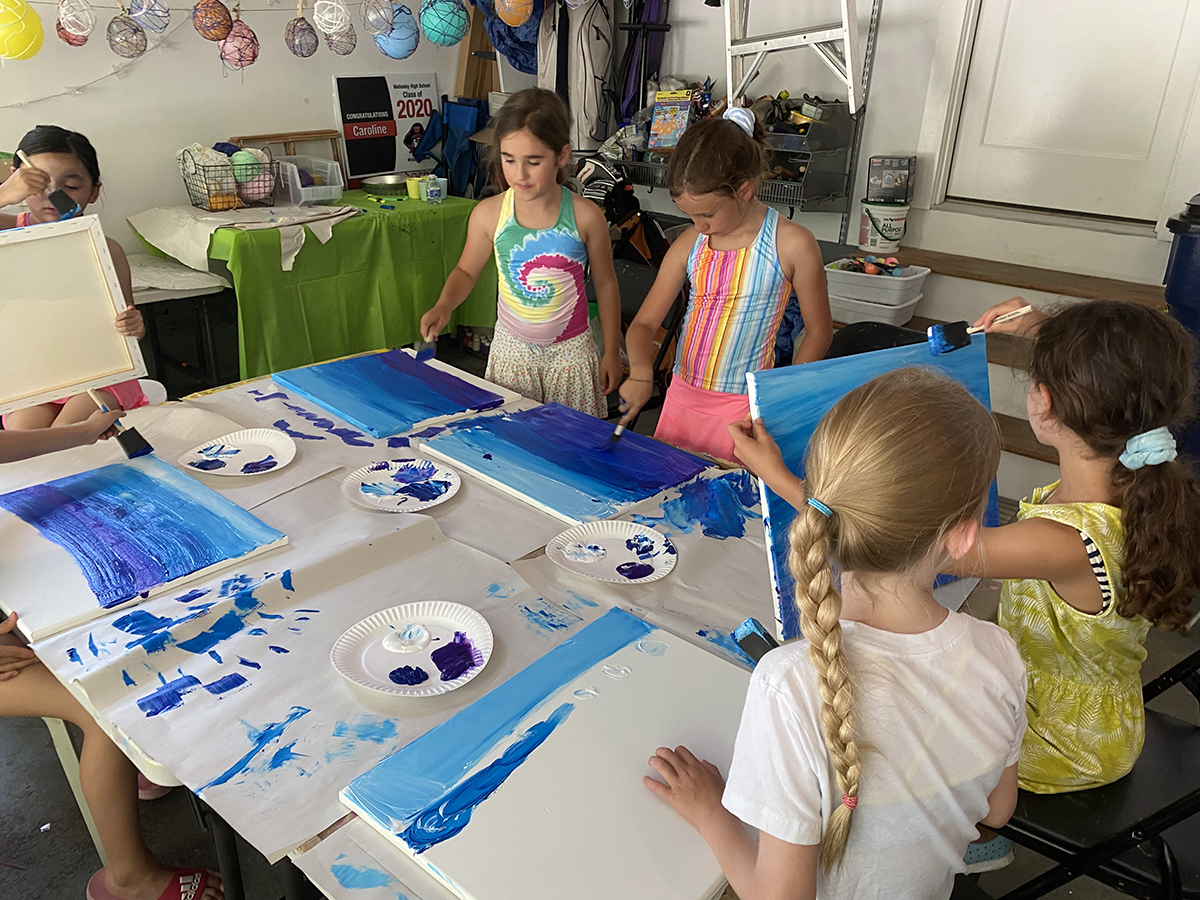 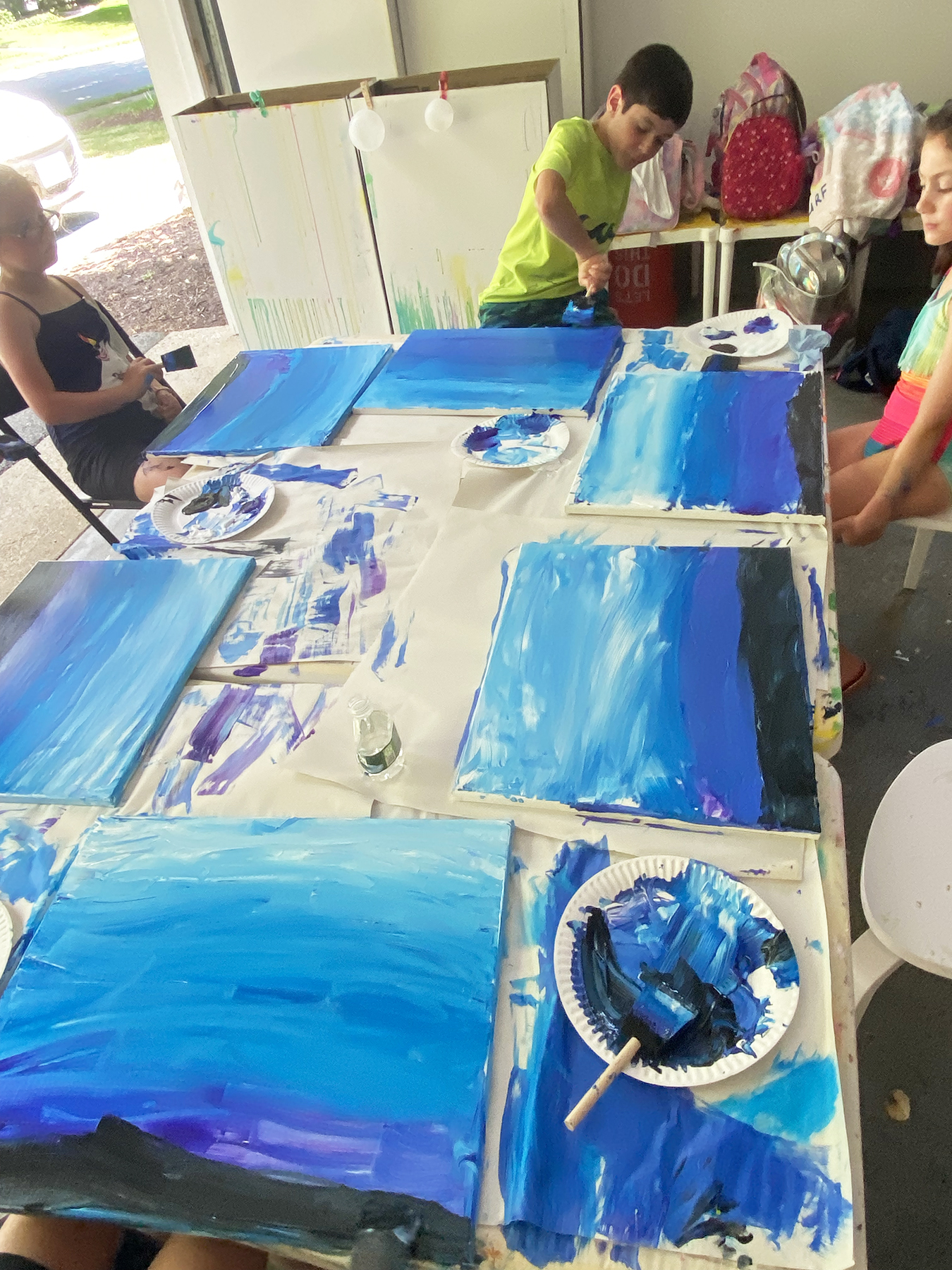 We let the story and images from Ringgold's illustrated book, Tar Beach, influence our own artwork. We began the project by painting a gradation of blue to black so that they could paint either a daylight or nighttime sky. Once that dried we chose our fabric squares and decided what type of pattern (if any) we would use. Quilting involves sewing, neither of which I am at all skilled with. So I decided we would replicate Ringgold's quilt boarders with fabric squares that we adhered with Tacky Glue and Mod Podge around the entire outside edge of the canvas like a frame. 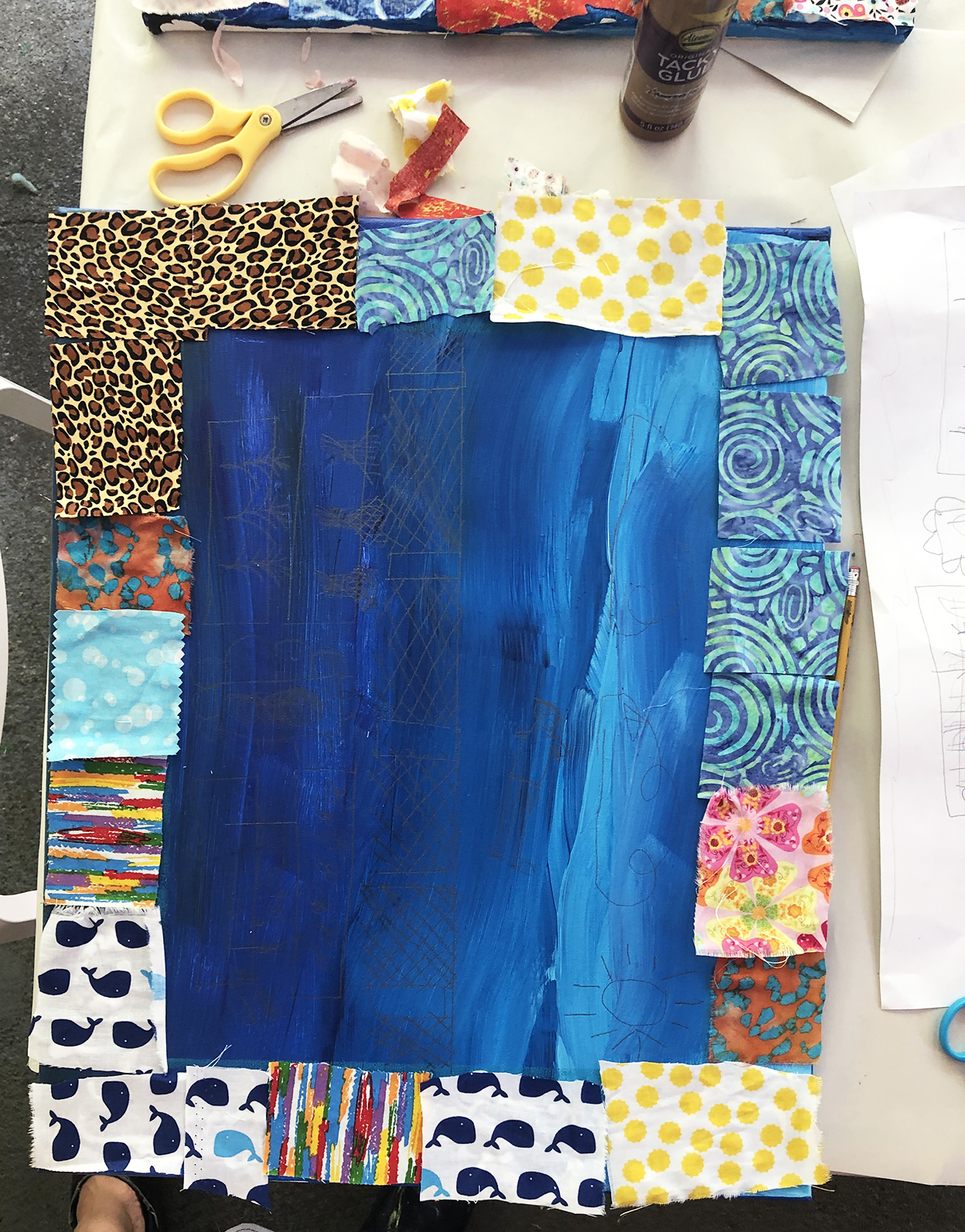 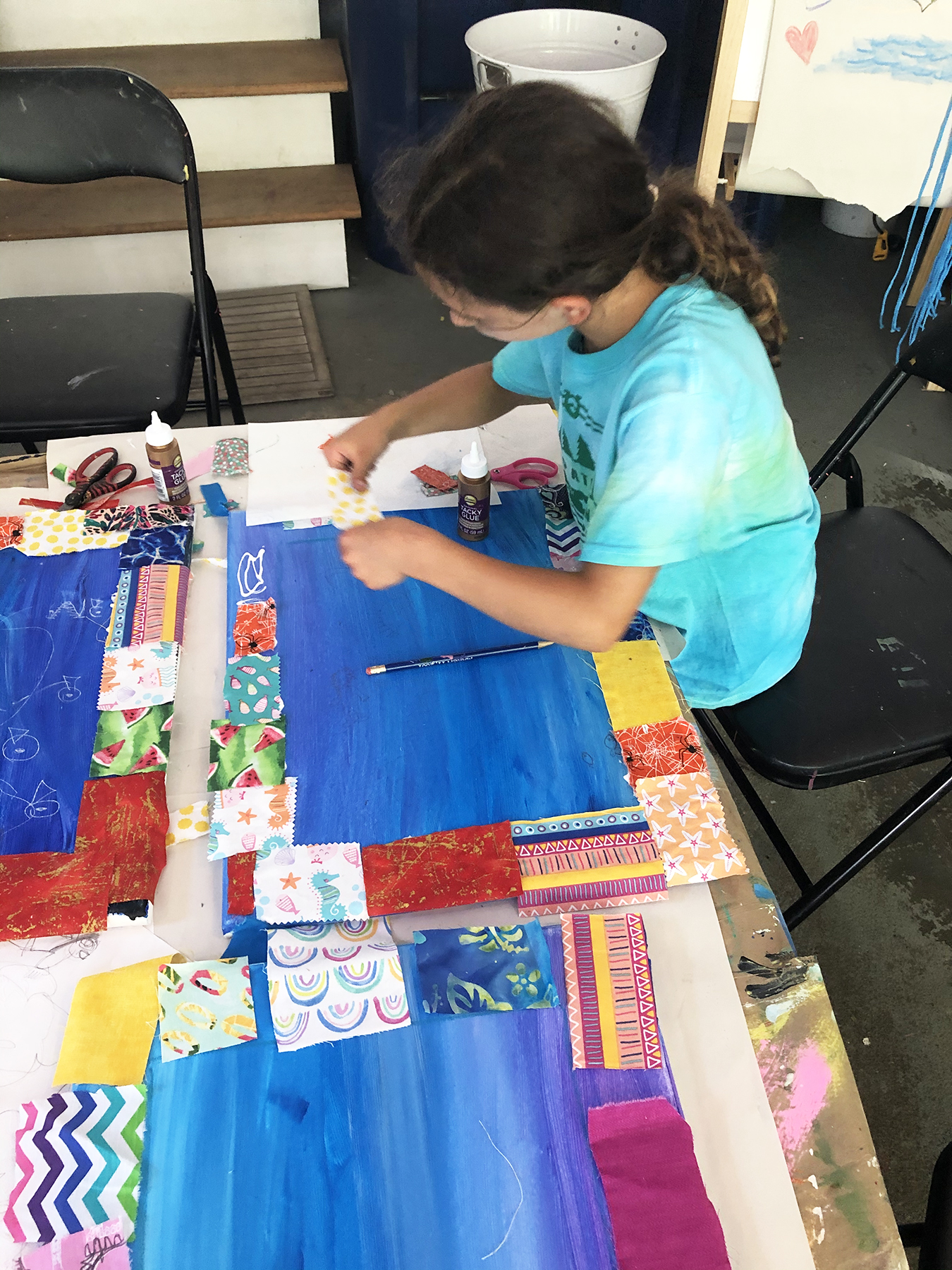 Once the glued squares were dry we moved onto the center of the canvas, inside the fabric boarder. The children had worked on a sketch of a place that was special to them to give this project a more personal connection.  I chose not do a directed drawing with them for that reason. Each artist was encouraged to draw from imagination (which is difficult) and were provided with photo references of Boston's Zakim Bridge, as well as a silhouetted Boston skyline for them to use, if they so wished. Most chose to illustrate a beach or a farm or a park that they liked going to. 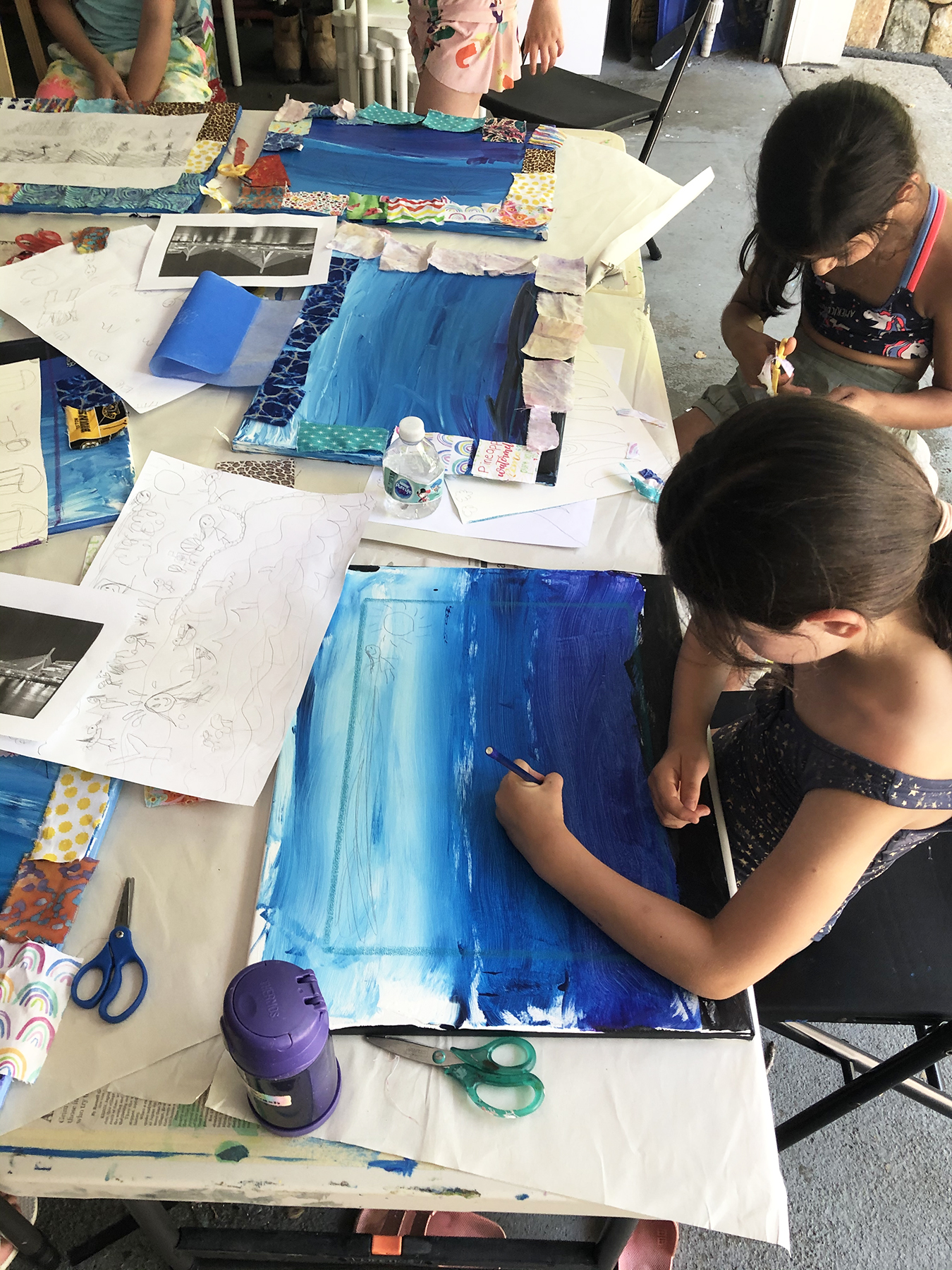 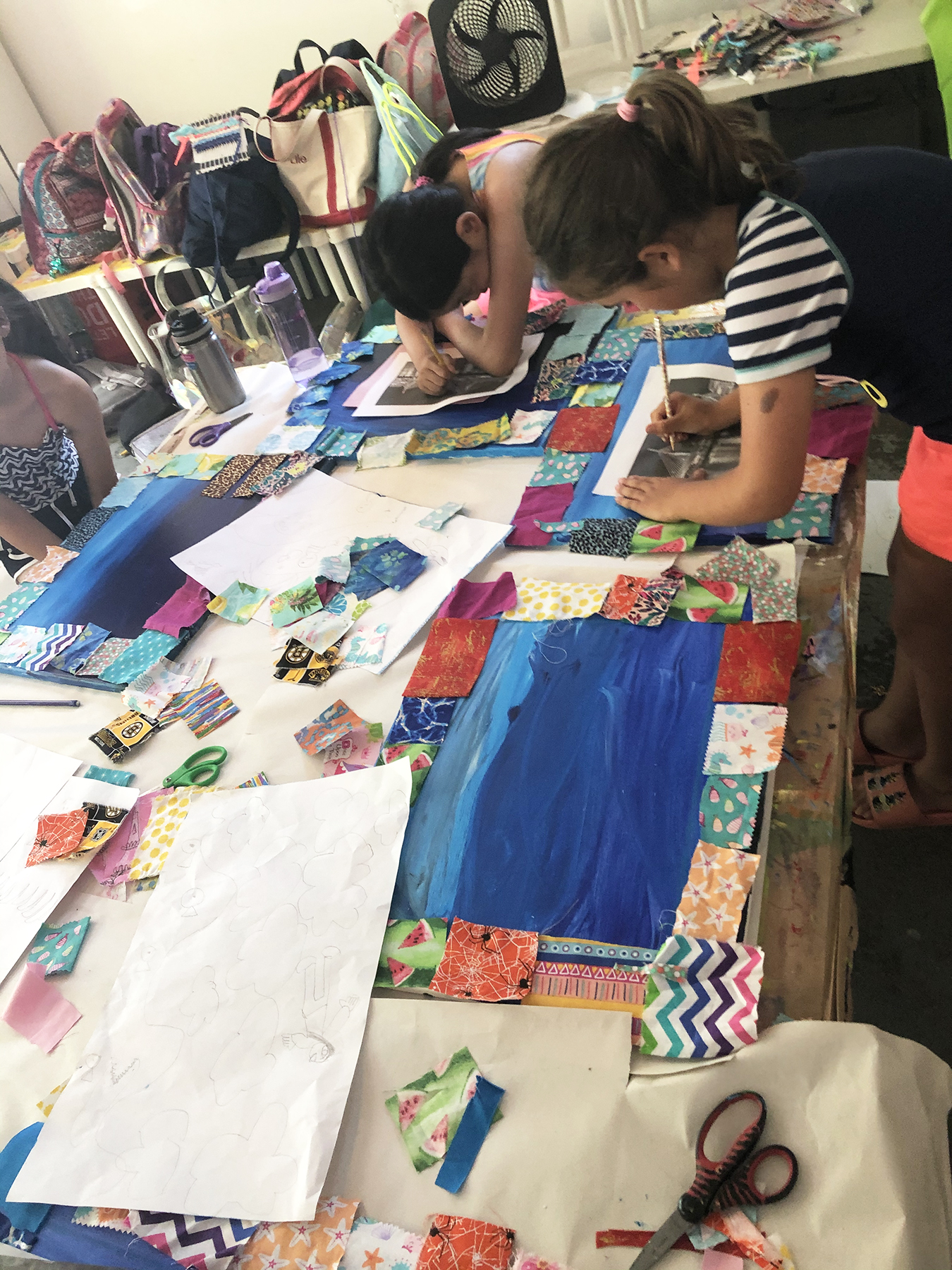 A few were inspired to create a scene similar to Ringgold's Tar Beach. We transferred the sketches to the canvas with transfer paper, or directly drew onto the canvas, and then began painting. 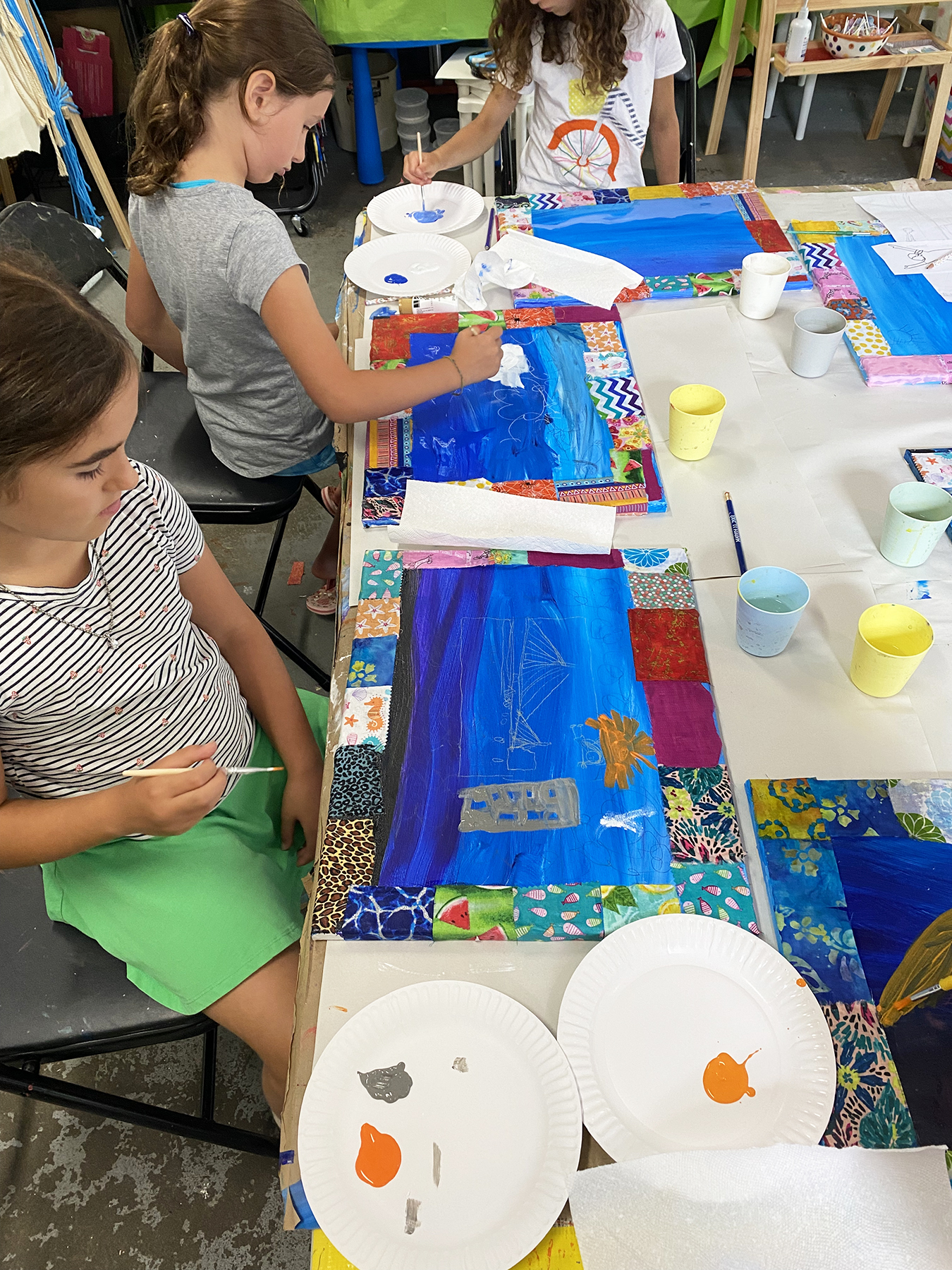 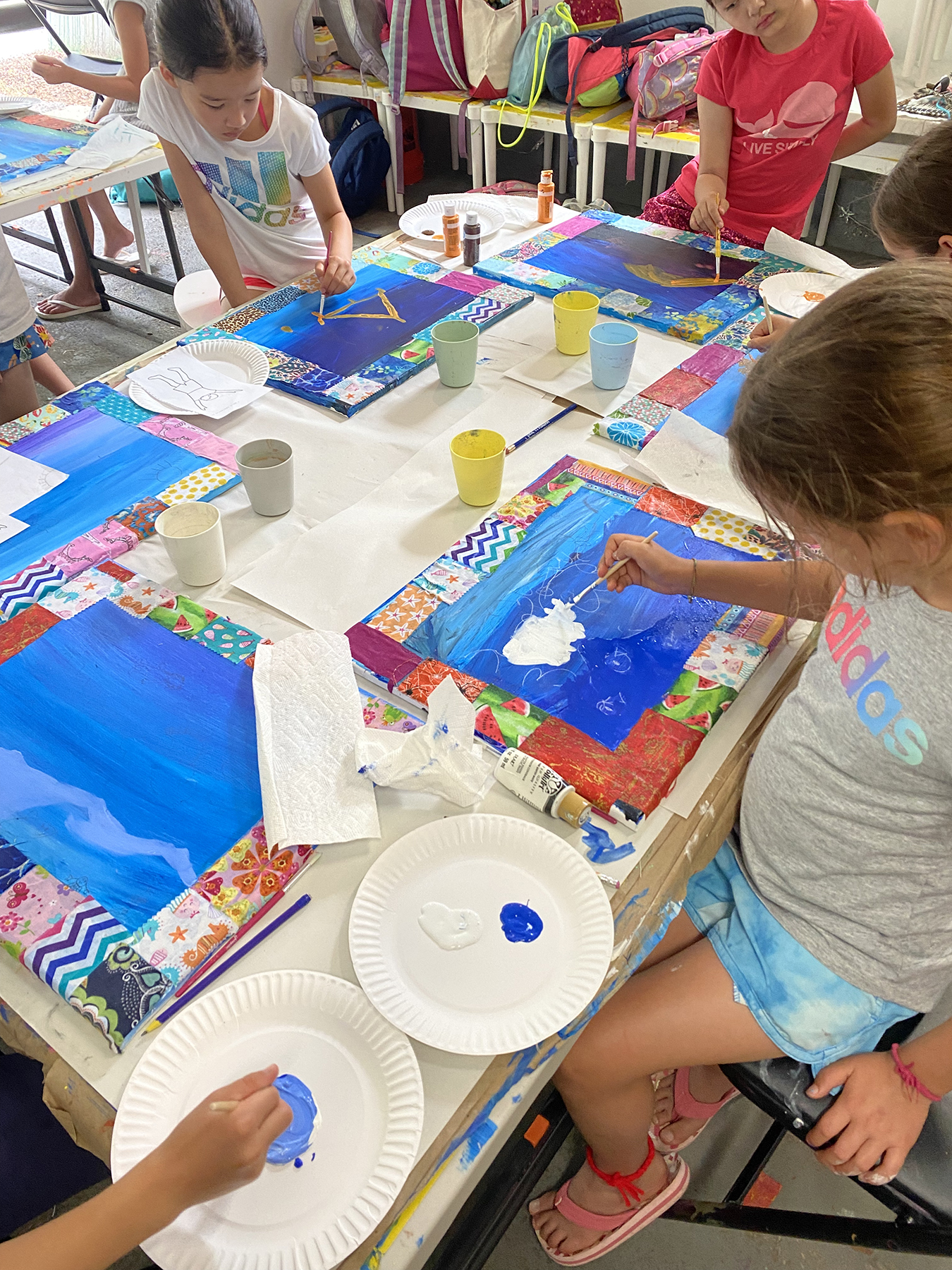 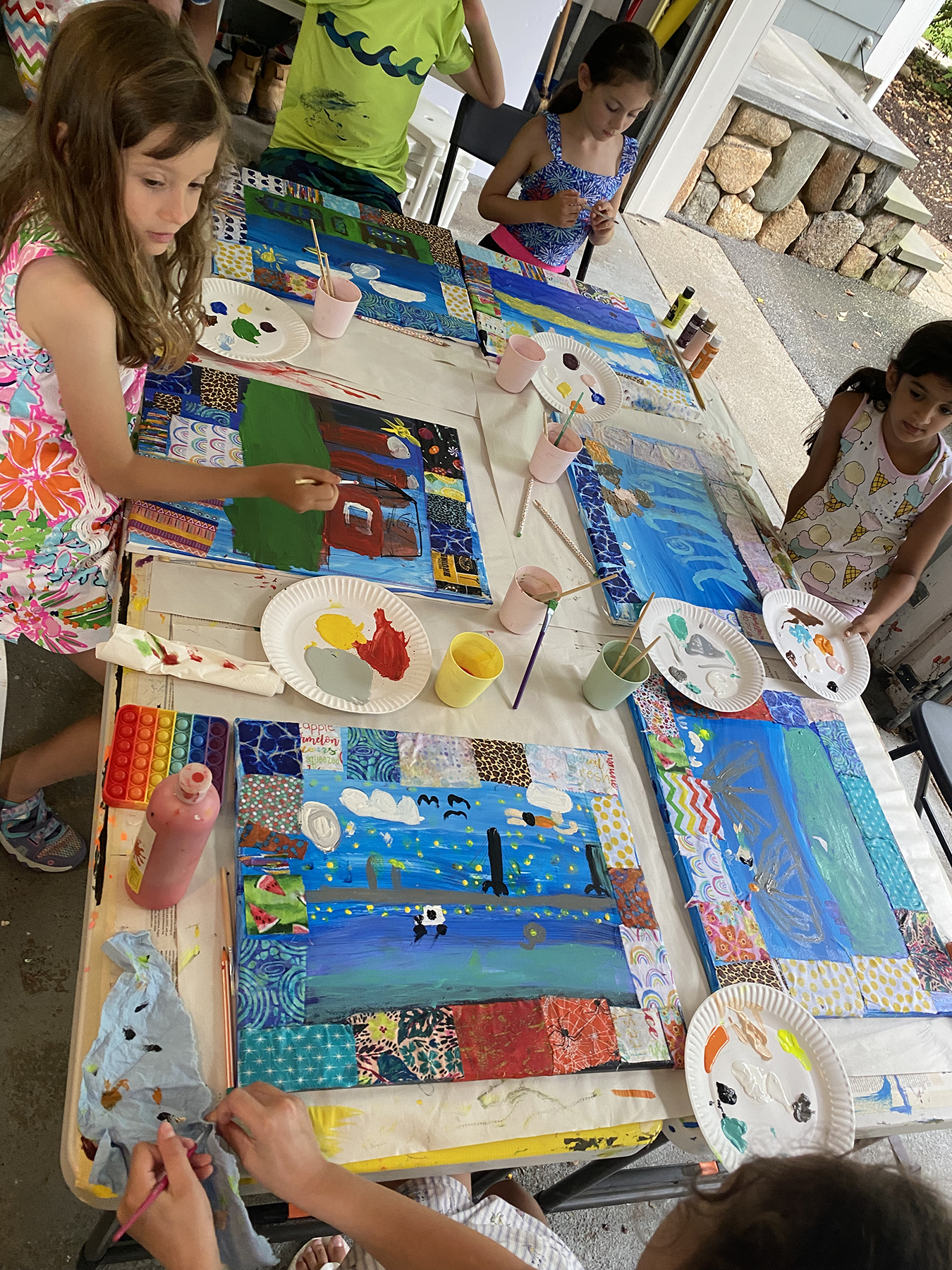 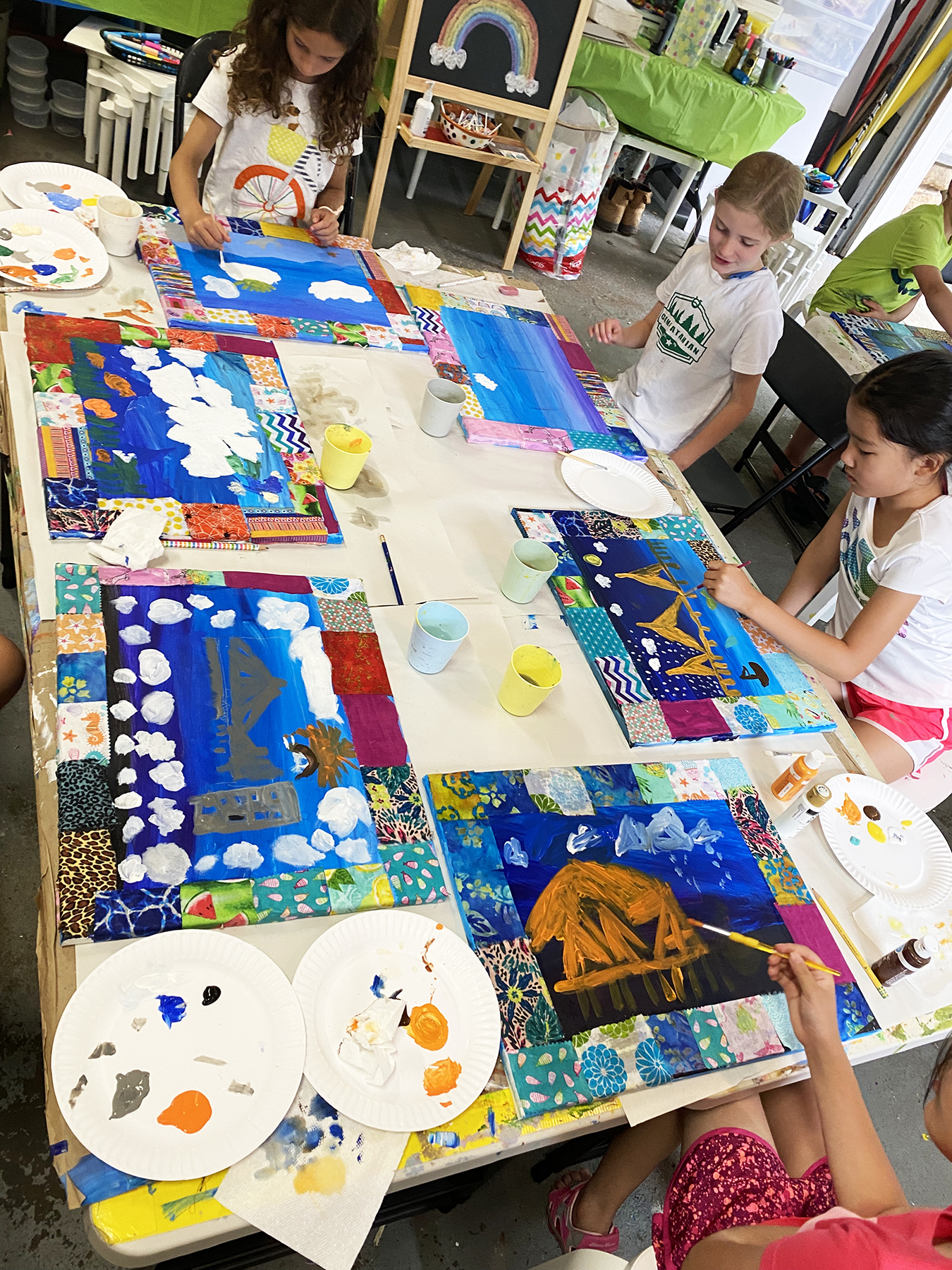 In the wonderful storybook, Tar Beach, the main character, Cassie dreams of being free to go wherever she wants and plans to accomplish that dream by flying. Ringgold explains that an important motif in African-American folk-tale literature told stories of slaves "flying" to freedom, which was a metaphor for escaping from enslavement. Just as Faith Ringgold painted her Tar Beach story quilt, we chose to feature ourselves flying over whatever scene we chose, to honor that motif. Most of the artists that created the pictures below were 6 or 7 years of age. 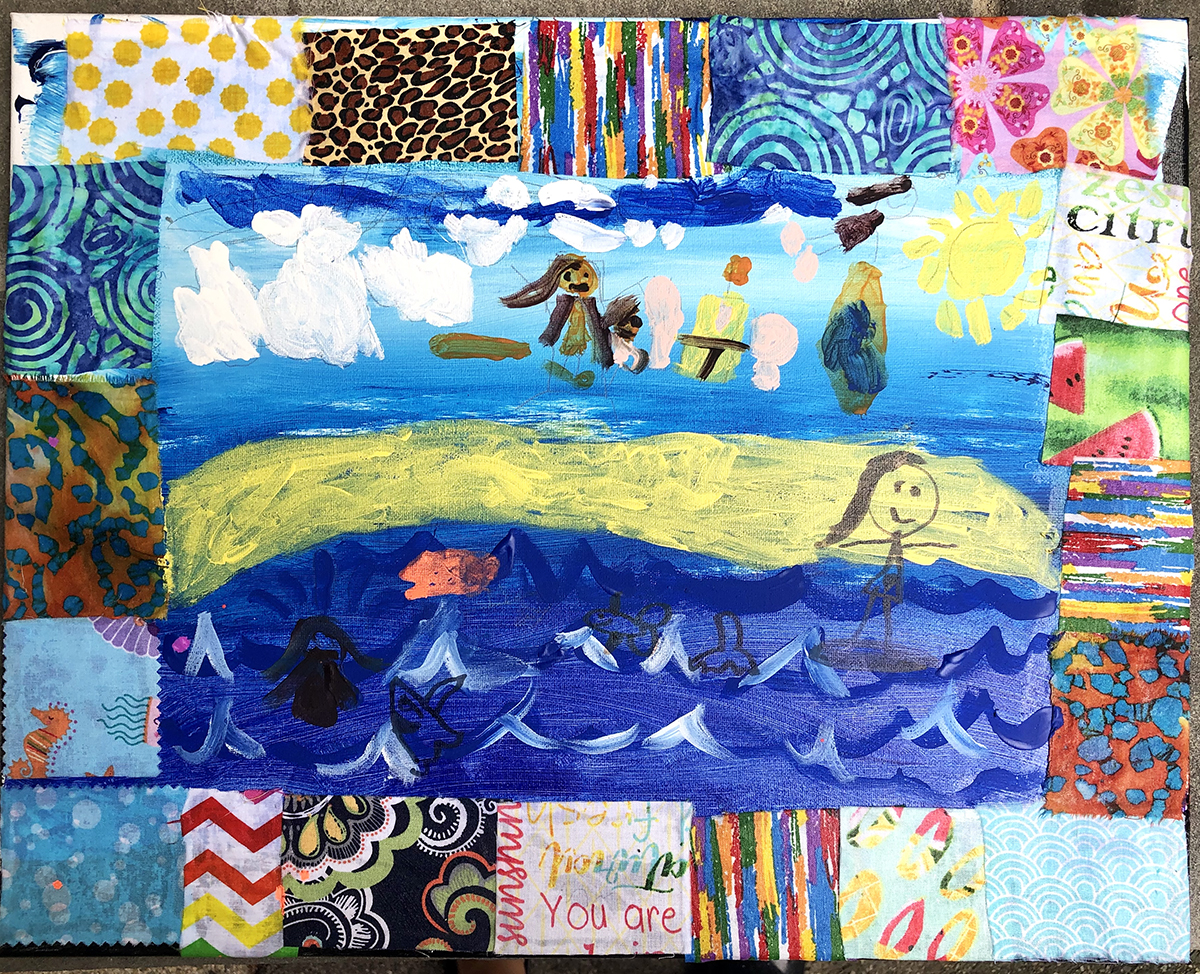 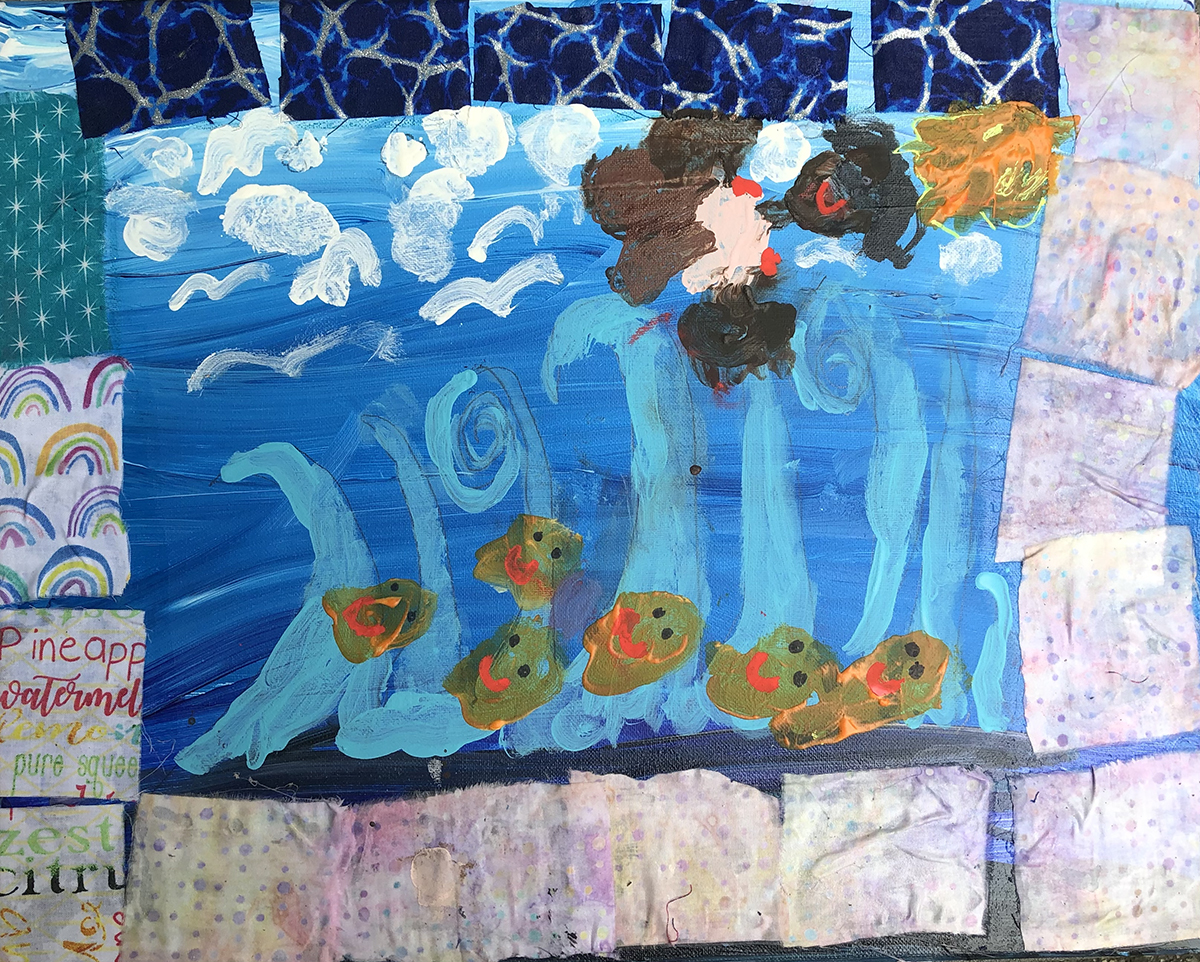 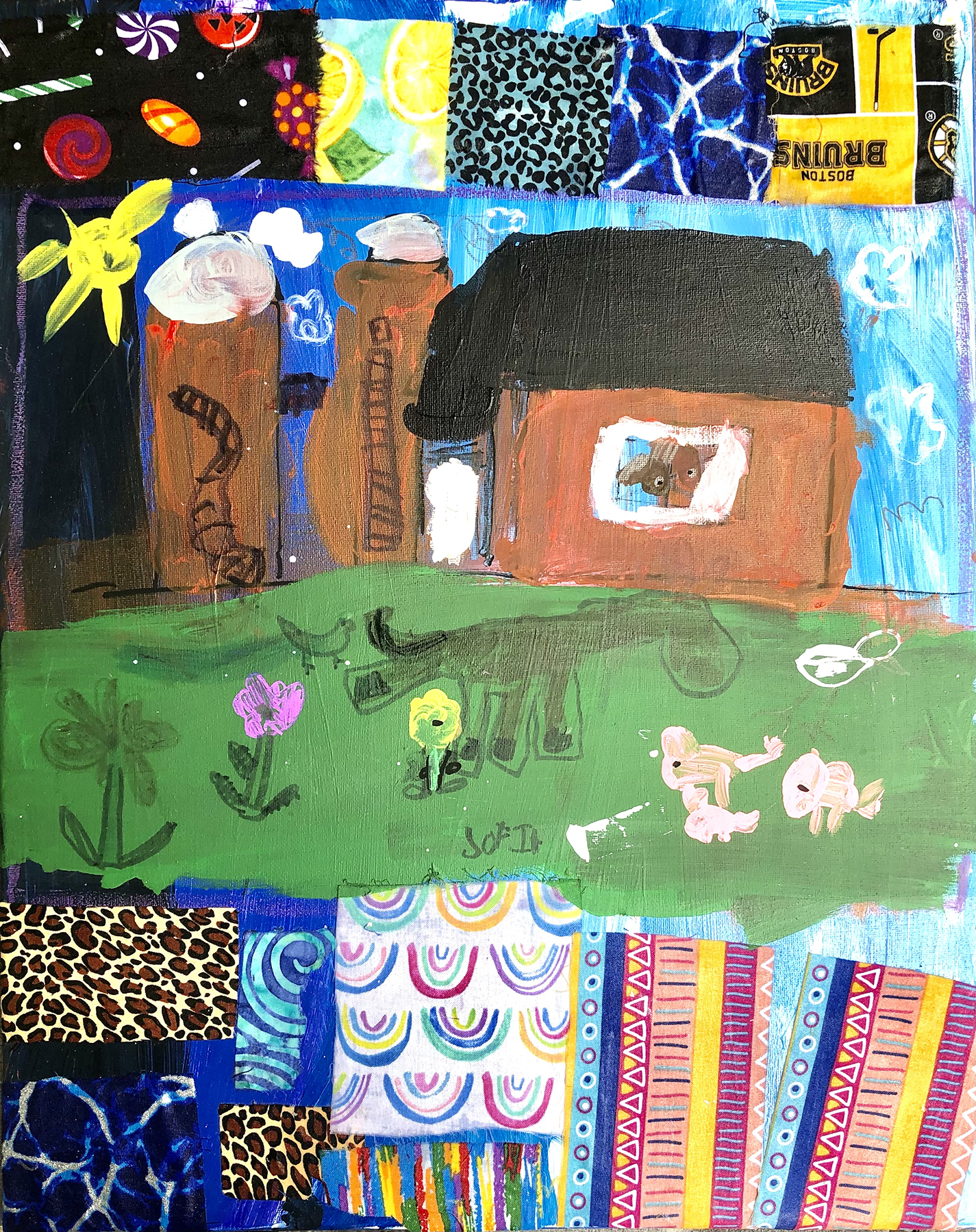 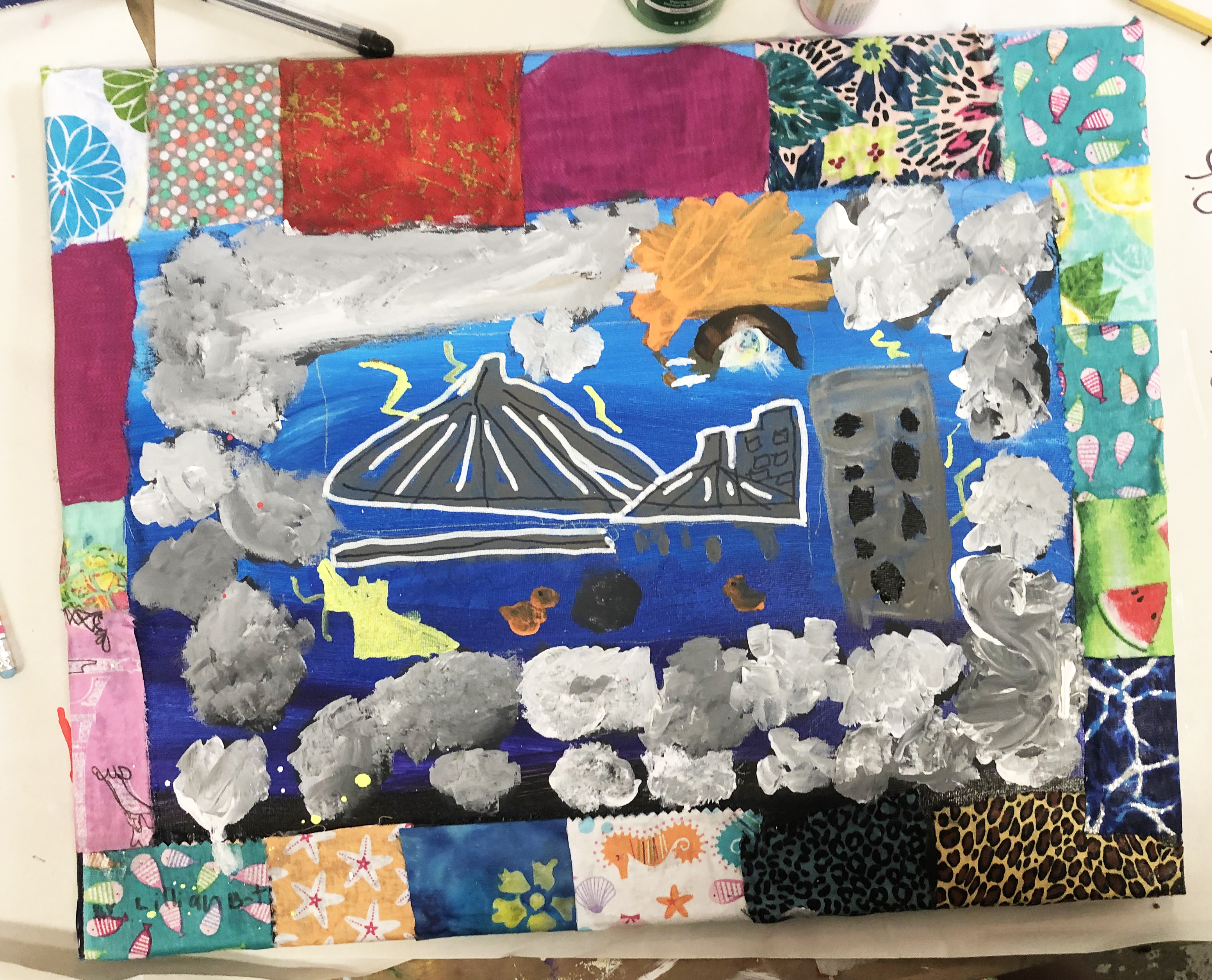 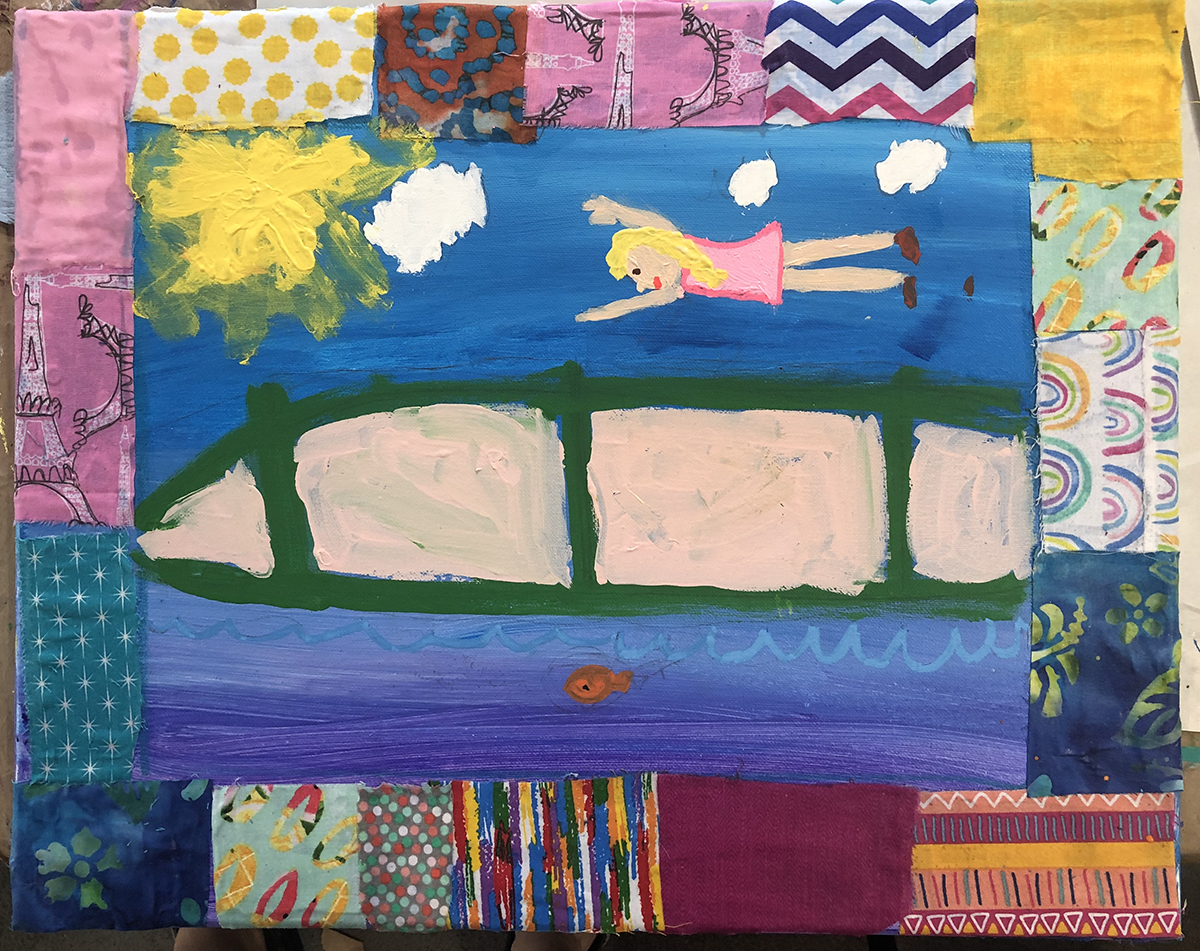 In the end, each artists was extremely proud and happy with their finished piece, and rightfully so! Just looking at these beautiful paintings and happy faces makes me proud as well. 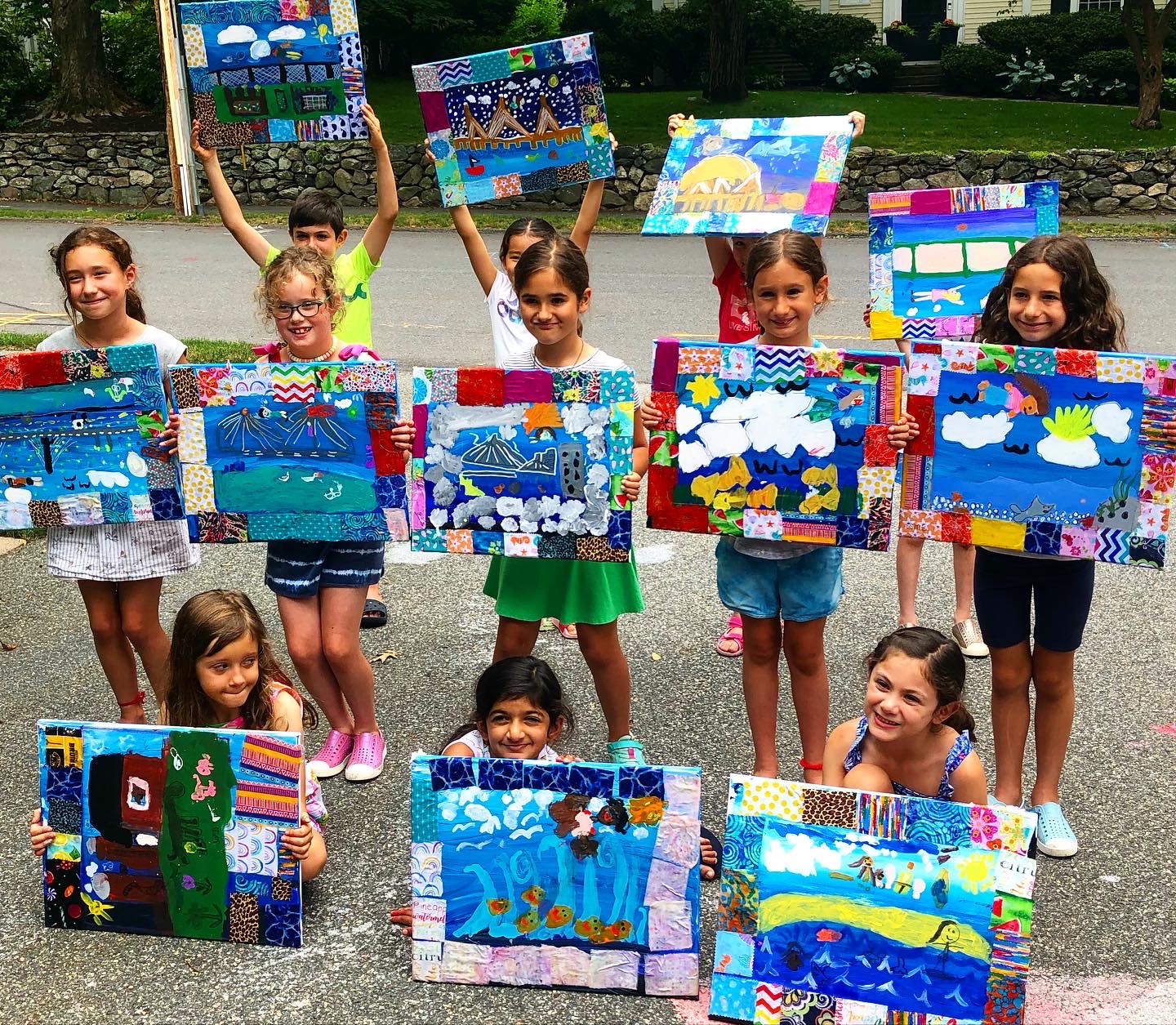 Comments will be approved before showing up.

A Gift of Flowers